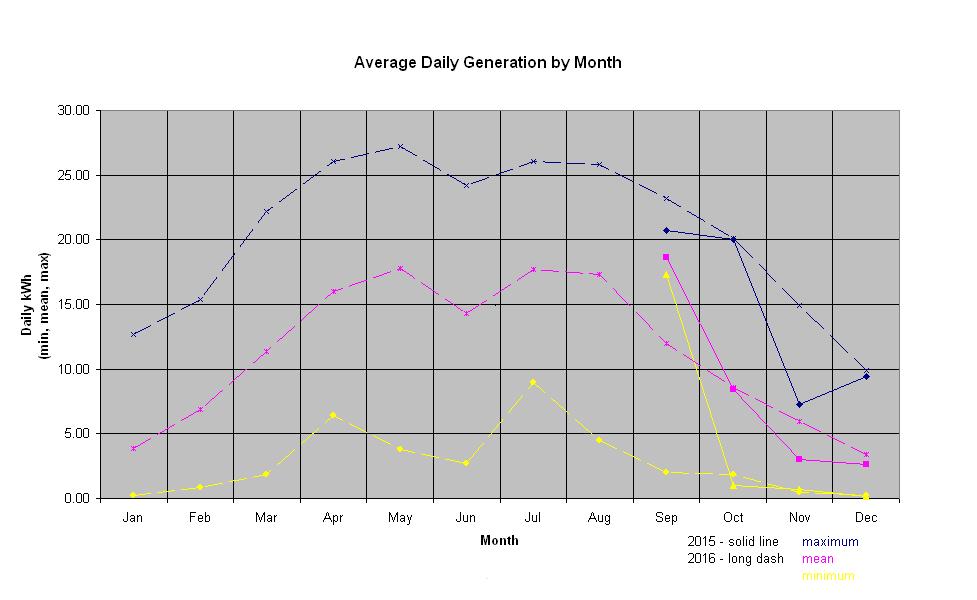 The chart above shows the minimum, mean and maximum daily generation for each calendar month since installation.

As one might expect, significant seasonal variation is evident month-to-month and well as day-to-day variation within any month. June 2016 looks a bit disappointing compared to May and July. The last few days of September 2015 immediately after the panels were installed were obviously quite good for September, but within the spread for September 2016. October looks quite similar for 2015 and 2016, while November 2016 is rather better than November 2015.  December again looks quite similar for both years.

Solar panel power outputs deteriorate with time.  My panels are supposed to have at least 90% of the original minimum power output after 10 years, and 80% after 25 years.  Generally mine seem to be performing well with annual generation significantly higher than estimated, and no evidence of performance deterioration in the late September to end of December period for which 2 years of data exists.