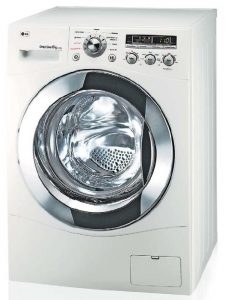 I was at a meeting earlier today which prompted some discussion on smart domestic appliances.  Having recently replaced our washing machine I though I’d reflect on progress in smartness.

Around 25 years ago I purchased my first washing machine.  Smart capability was optional – it came in the form of an electro-mechanical timer which allowed the operation of the washing machine to be shifted into the Economy 7 hours with absolute confidence.

Recently I replaced said washing machine.  The new washing machine (my second) isn’t compatible with external timers, instead it offers a pushbutton which delays the start time by one hour every time that it is pressed.  However that doesn’t give absolute confidence of the cheapest energy costs because these days it’s a lottery between will the day be sunny (and thus free solar electricity) or will Economy 7 be cheaper?

Where are the smart controls?  Where are the washing machines that link to smart meters to automatically operate on the cheapest energy?   It will potentially be another 25 years before my washing machine is smart – if I live long enough to buy my third. 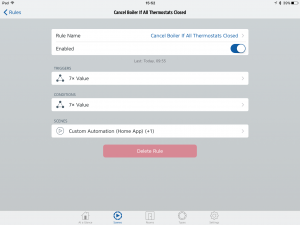 For my heating control I have two scenes that set the boiler on or off, and triggers and conditions reflecting the status of the radiators.

As an alternative I considered rules using temperature, but that would make things more complicated if the temperature set point is adjusted as you might need to change the rules; whereas by having rules based only on (fully) closed and (partially) open then the set point can be adjusted without issue.  Additionally you can control around a very low vacation set point for frost protection.  Effectively there are four set points: 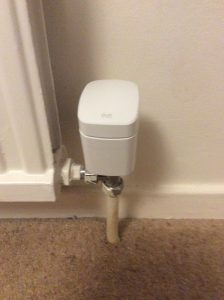 I thought that I’d describe some of the features of the smart heating controls versus the prior single zone system with TRVs and a 7 day timer. My main interest is of course to save gas by heating the home more selectively, but there are other opportunities that you may consider significant.

I don’t yet have sufficient data to illustrate any operational savings, but continue to record gas consumption to compare with prior years.

Our friends from PowerVault shared this helpful graphic earlier today.

I’d add that not only should pans be covered, but that any extract over the cooker should be used to avoid condensation.

I just came across some of the pictures from last year of different iterations as I was developing my solar powered car charger.

The left picture shows my first attempt using a Mode 2 charger (i.e. one that plugs into a standard socket outlet). The design attempted to turn the car on and off by the equivalent of pushing the latch button on the vehicle connector. That approach stopped charging effectively, but starting charging was subject to long delays so that wasn’t a practical solution.

The middle picture show the second attempt using a commercial Mode 3 charger (i.e. one that’s hardwired into the fixed wiring). In this iteration the commercial charger was gutted so that, although it retained the original external appearance, inside was all different content including a protocol controller and a radio receiver. This was an effective on/off solution.

The right picture shows the third iteration which addd a programmable logic controller to generate a variable charge rate for the electric car i.e. more than just simple on/off. The hardware to achieve this is too bulky for the case of the commercial charger, and so it was repackaged in consumer unit case. A consumer unit case is cost-effective solution for a bigger box to house the DIN rail mounting components, but is of course only suitable for indoor use as it’s not waterproof to the required standard for outdoor use.

No heat this morning (not that its absence is a major issues as the weather is fairly mild). Initial analysis via the Apple Home App is that some of the radiator valves can’t be reached, and thus I assume that the rules that enable the gas boiler can’t be satisfied.

As a short term fix I could have turned on the boiler manually via the app or using the central timer which is normally set to off for space heating (but not hot water) when using the smart controls, but I didn’t need to do that as I quickly found the root cause.

I initially thought that there was some corruption in the configuration of individual valves, so I was planning to delete them from the App and then re-pair them, but then I spotted that as I moved around the house I was losing different valves, so I turned my attention to the hub i.e. the Apple TV box.

Turning on the box it appears that it downloaded a software update overnight. As soon as I acknowledged a screen describing the changes then all the valves became reachable, the control rules were satisfied, and the gas boiler was enabled.

Today my energy supplier Tonik wrote to me inviting me to consider solar panels, a car charger, or a storage battery – all of which I already have.  However on their website I found a wider vision of the future home which they thought could halve energy consumption. I thought it would be interesting to compare their vision with my status.

As you can see from the table below the content is quite similar, although I have more ambitious use of solar and more sophisticated smart heating management.

When I first set up the smart home system I used my iPad as a hub.  You don’t need a hub at all for the individual smart radiator valves to follow their daily schedules, but the use of a hub is required for devices to interact with each other (such as a valve calling for the boiler to come on) or indeed to identify which days are working days and which are non-working days (since this is taken from a calendar). However of course this doesn’t work when the iPad is removed from the home.

The solution is to configure an Apple TV box as a home hub – enabling devices to communicate via the TV box.  This also enables remote control so a user with an iPad can operate the system when away from the home – such as disabling the vacation settings while still on vacation to allow the house to warm up.

Of course the Apple TV box can also be used to watch TV which my daughter uses to watch CBeebies or YouTube kids TV via the appropriate apps.

To date we have 7 smart devices – 6 radiator valves divided between 4 rooms, and a socket which is used to enable the boiler when any smart valve demands heat.