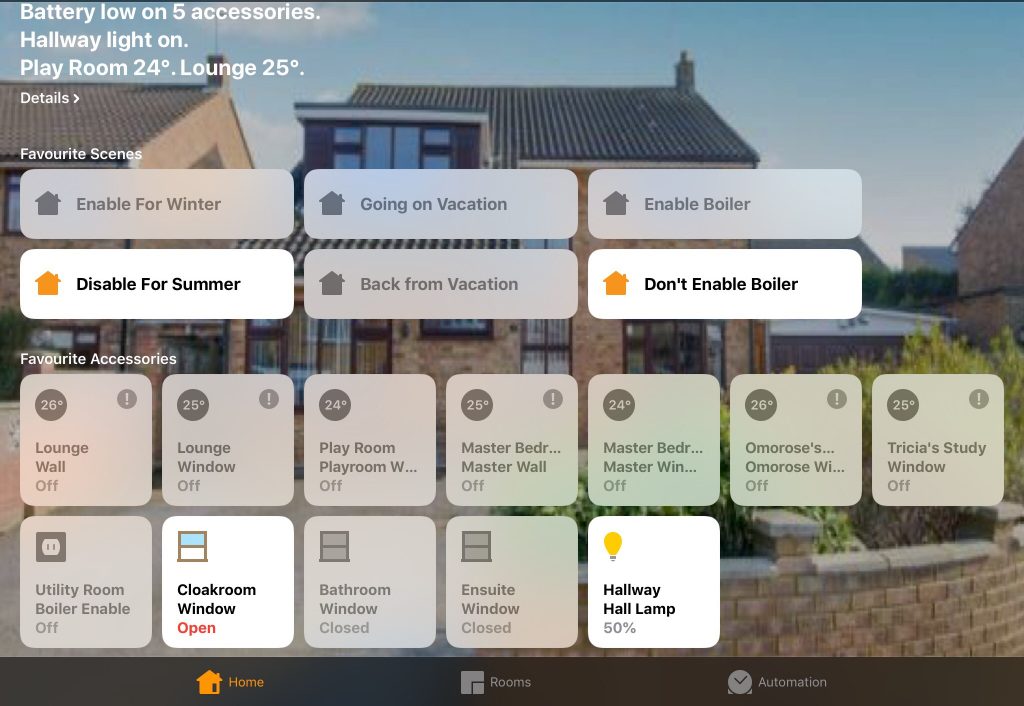 For more than a year now we’ve been building up our smart home capability. There are various ecosystems of such devices, but we’re using Apple HomeKit a decision initially motivated by the presence of multiple iPads in the home.

This morning I see that the Greening Me blog has 1,222 subscribers.  Hopefully that’s 1,222 people taking steps to make a difference, rather than 1,222 people about to spam me! 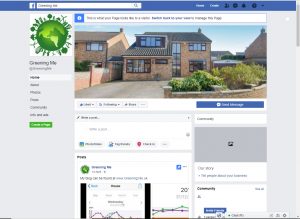 In the last few days I’ve reported our status on electricity generation from our solar panels and our gas consumption, so here comes some thoughts on electricity purchase from the grid. 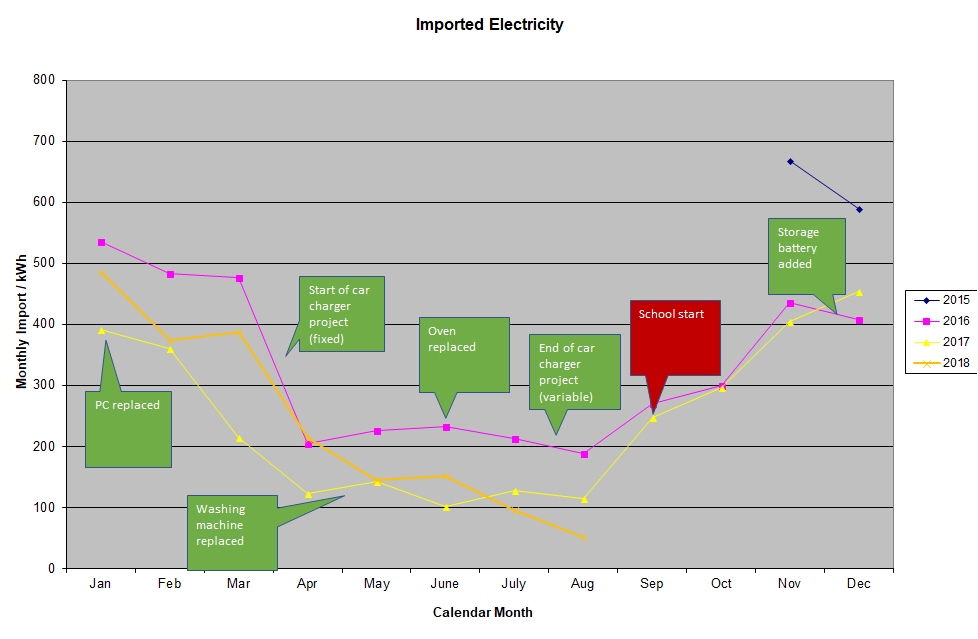 Starting in late 2015 after the meter was changed to Economy 7, there’s a general downward trend from November 2015 to March 2016, before my car charger project kicks in maximising use of my own solar electricity to charge my car (when available) which causes a significant drop in purchased electricity between march and April 2016.  That seasonal saving gradually drops through the autumn, although it’s interesting that by November 2016 we’re back on what seems to be a continuation of a downward trend from January to March 2016.  Electricity purchased is also significantly lower than 2015 as we enter the second year.

The second significant change is the addition of the storage battery in December 2016.  However from January to August 2017 (yellow) electricity purchased is significantly below the prior year (magenta) – potentially showing the benefit of the battery in saving electricity generated during the day to reduce consumption later in the day.  This benefit largely disappears from September to December 2017, presumably because my increased vehicle mileage after my daughter started school is offsetting the prior savings.

2018 (orange) generally falls somewhere between 2016 and 2017 as it combines both the storage battery and the higher vehicle mileage throughout the year to date.

The August 2018 figure is a projection based on the first few days of the month only, but may yet come to represent the month as a whole being a function of:  (i) record solar outputs, (ii) continuing battery storage availability, and (ii) no school in August leading to reduced mileage. 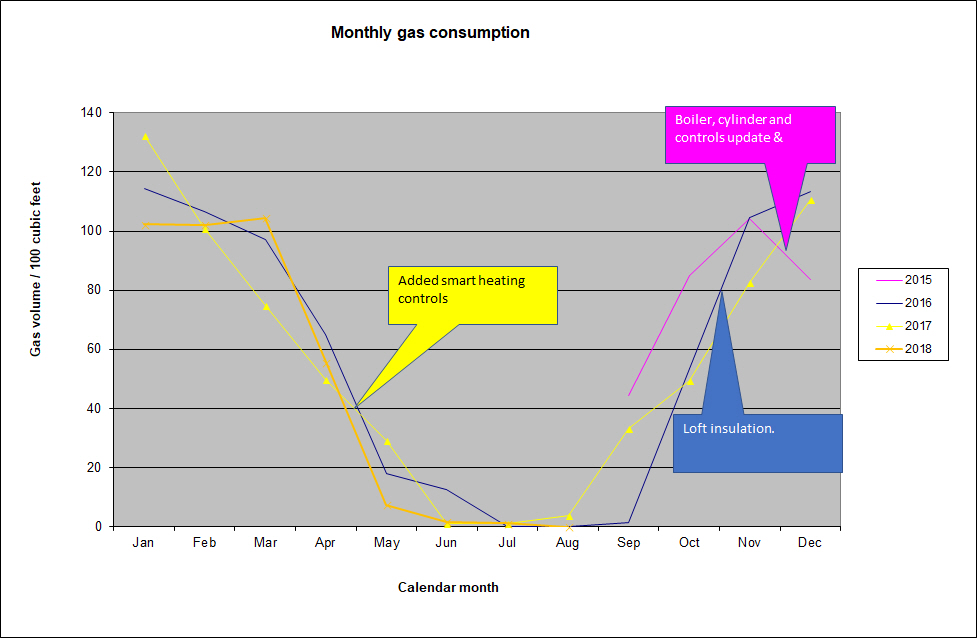