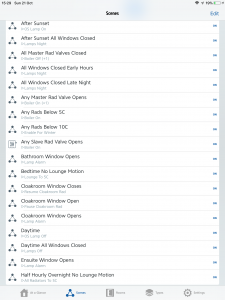 At the last count my smart home system had eighteen rules, so I thought that some description might be appreciated. Those 18 rules run a combination of (i) a multi-zone heating system, (ii) warnings related to windows left open, and (iii) some interaction between the two where local radiators are disabled if a window is left open.

Regular readings will recall that our central heating is run by Apple HomeKit giving multiple zones with independent time and temperature schedules, we also monitor key windows to warn if they have been left open, and have some interaction between windows and radiators so local radiators are disabled while a window is left open.  Generally all of this works very well, but occasionally we find that the state of the window warning lamp is inconsistent with the physical position of the windows, or the boiler runs unexpectedly overnight (although it only heats the central core of hall, stairs and landing).  I suspect that the cause is intermittent lack of communication between the hubs and smart devices such the the hub misses the shut down of the last radiator valve at night, the last window to be closed, or the first to open.  Control rules are all triggered by changes of state, and if the change of state is missed then you’re sunk.

It occurred to me that what is required is a periodic check on the status of the imputs and appropriate changes to the outputs even if the change of state that should have triggered the rule was missed – I think of this as a watchdog.  In the ideal world it shouldn’t be needed but periodically it will correct the status of an output.

You could of course program multiple time-based triggers into every rule (remember that a rule is if any trigger and all conditions then set scenes), but this is time-consuming and far from elegant.

Elagto’s Eve app, which I prefer over Apple’s own Home app for writing rules, does offer a recurring timer function, but it only enables a scene directly and cannot itself be part of a trigger or condition in a wider rule. 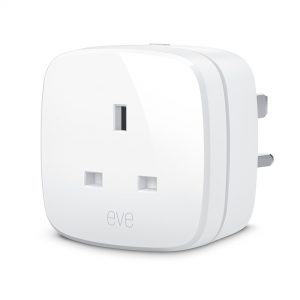 This was handled as follows:

My expectation is that this will improve the robustness of my system operation once I’ve changed all my rules suitably. 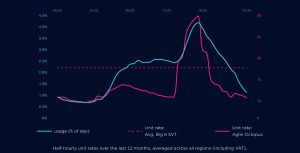 Earlier in the week I received notification from my electricity and gas supplier that my 12 month contract was coming to an end.  I did my usual search for the best value Economy 7 tariff but drew a blank – everything including renewal with my existing supplier was rather more expensive than I’m paying now – so I decided to be rather more adventurous.

My decision was a significant change – not just a move from Economy 7 to a smart meter, but also the addition of a smart tariff (one that changes rate multiple times per day), and indeed my chosen tariff is dynamic so it potentially changes every half hour and day-to-day.  As I don’t yet have a smart meter then I’ll continue on Economy 7 until the meter is replaced, but then adopt the dynamic tariff.  With flexible loads like electric car charging and my storage battery then I should be well equipped to make the most of such a tariff.

On the dynamic tariff rates are published each day at 4:00 PM for the next day.  Some times (not very often!) prices even go negative so one is being paid to consume.  At other times electricity is relatively expensive (early evening’s principally) but the battery should help me minimise purchases during such times.

I’ve already checked the battery storage and it has the ability to be programmed very flexibly around different electricity prices at different times of day so that it doesn’t just absorb surplus solar but charges at lower cost times to discharge at higher cost times.

I also want to explore opportunities to automate the response to tariff changes – potentially linking storage battery, car charging, and water heating to tariff as well as self-consumption. 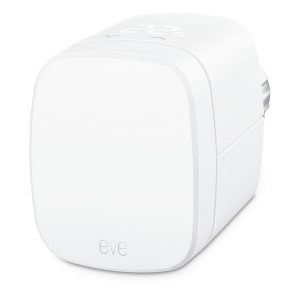 Of the course of the last year or so I’ve gradually created a smart home system with in the teens of components as follows:

At the moment I tend to add a new device each month – if I can think of a useful function that it can perform.