We’ve just switched energy suppliers at the end of a fixed rate term.  Unit costs are as follows:

In both cases electricity is on so-called ‘green’ plans where the supplier sources electricity to match my consumption from renewable sources such as wind turbines, solar farms, or hydroelectric.

I’ve included my export rates in the table as for some technologies this will make a difference to the cost-effectiveness of that technology.  My electricity company chooses to deem my export so it pays me assuming that 50% of my generated electricity is exported, rather than metering and paying for my actual export.  That results in the cost to me of using my own solar being zero, whereas if export was metered then using my own solar would cost me the export payment.  Thus for me it’s economically attractive to use excess solar to make hot water rather than using gas thus saving the cost of gas but, for someone with metered export, the lost export payment would outweigh the saving in gas. 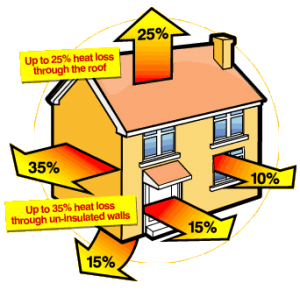 I spent £1,000 on gas and electric in 2015/6 which was partially offset by £600 revenue from my solar PV giving net costs of £400. Given that some of the above were introduced during the year, a full year’s use should reduce consumption further.