As you may recall my storage battery has a usable storage capacity of 4 kWh which, with the quoted round trip efficiency of 80%, would mean it takes in 5 kWh of energy to make 4 kWh available for output later.

We’ve been away for a couple of days, leaving the house drawing a low amount of power in our absence, however yesterday the battery reports having discharged 5.9 kWh despite its 4kWh capacity. 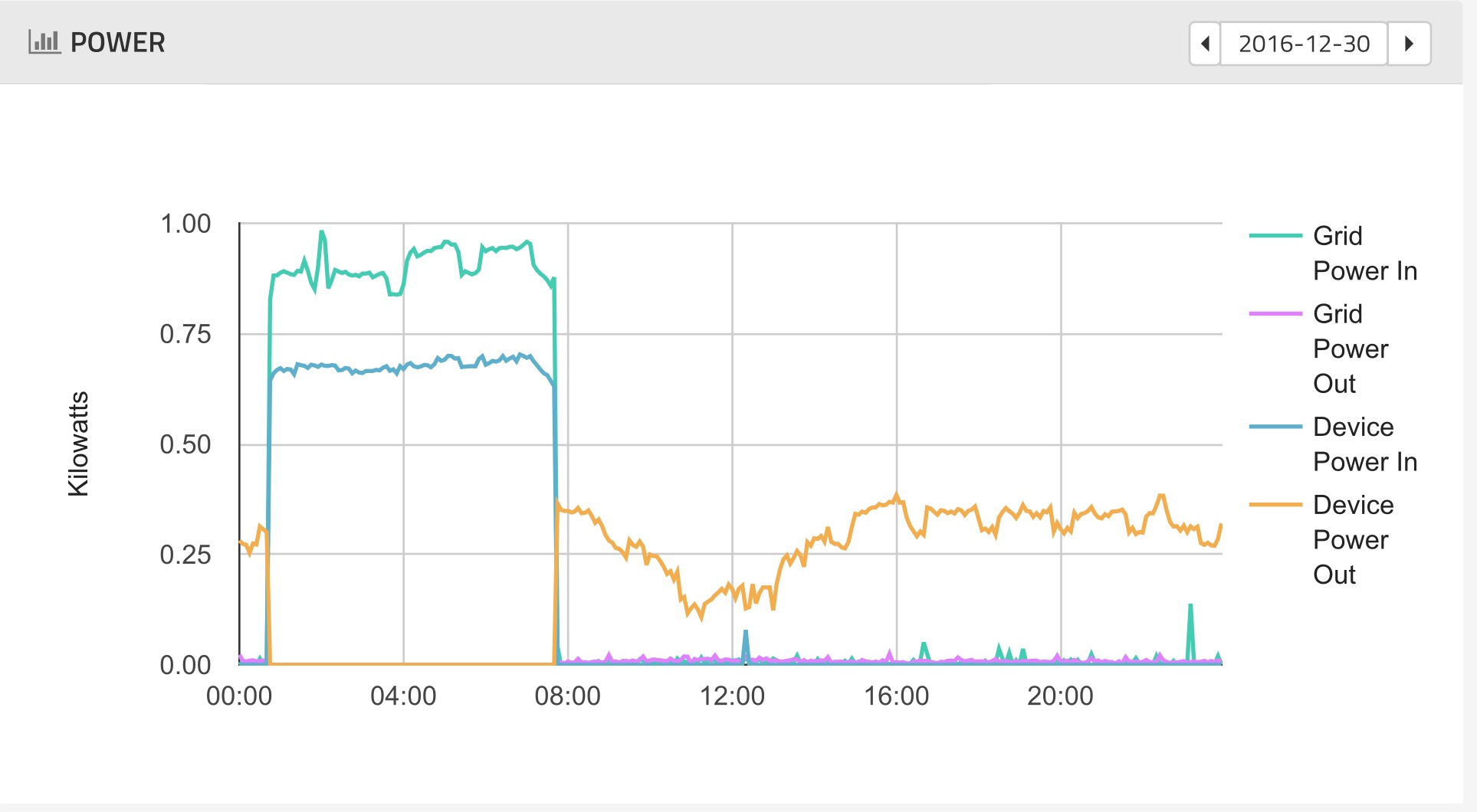 I’ve already had some days when throughput was greater than capacity, but that’s generally been when the battery charged fully overnight and then partially recharged from solar PV during the day. However this was not the case yesterday where, although there’s a dip in demand associated with limited daytime generation on a dull winter’s day, there’s no evidence of battery charging.

There is a characteristic of battery behaviour that may describe some of this which is described by Perkert’s law. Peukert’s law describes a relationship where battery capacity reduces as current increases according to a power relationship. Since my battery is discharging at about 350 VA that much less than its 1200 VA maximum capability so it may appear to have more capacity.

However it seems to have both greater input and output energy than its rated usable capacity suggests (input energy remains higher than output energy) so it would seem that there’s something else going on here; whether that’s an early life effect, a genuinely larger capacity than nominal, or some other effect is unknown.