I’ve just had the Ampera serviced and MOT’d at the end of it 4th year, so how has the Ampera been going?

The Ampera is a 4 door, 4 seat, plug-in hybrid car. Unusually for its size it has only four seats as its traction battery is T-shaped occupying the central spine of the vehicle (thus no center rear seat) and then across the Vehicle under the rear seat. By default it runs as an electric vehicle for up to 50 miles or so depending on driving style, heater use etc, and then runs as a petrol-electric hybrid once battery charge reaches a minimum level; although the driver can choose ‘hold’ mode which seeks to save electricity for later (thus using petrol now) so you might drive to the city as a petrol-electric hybrid and then drive within the city as electric.

More recent plug-in hybrid vehicles would include Mitsubishi Outlander PHEV, BMW i3 Rex, and Toyota Prius plug-in hybrid. Compared to Outlander, Ampera is a car (not a SUV) with fewer seats but more range. Compared to BMW i3 Rex, Ampera looks more conventional, has fewer electric miles range, more petrol miles range, and a more complex driveline where petrol engine torque can be transmitted to the wheels (rather than conceptually being more of a generator in an electric car). Compared to Prius, Ampera has more electric range power and performance, and a more sophisticated driveline allowing the petrol engine to be detached from the driveline to allow both electric machines to propel the car, or splitting the driveline to create a BMW-like generator feeding an electric car.

Anyway, this was supposed to be a 4-year update, not a technology summary. 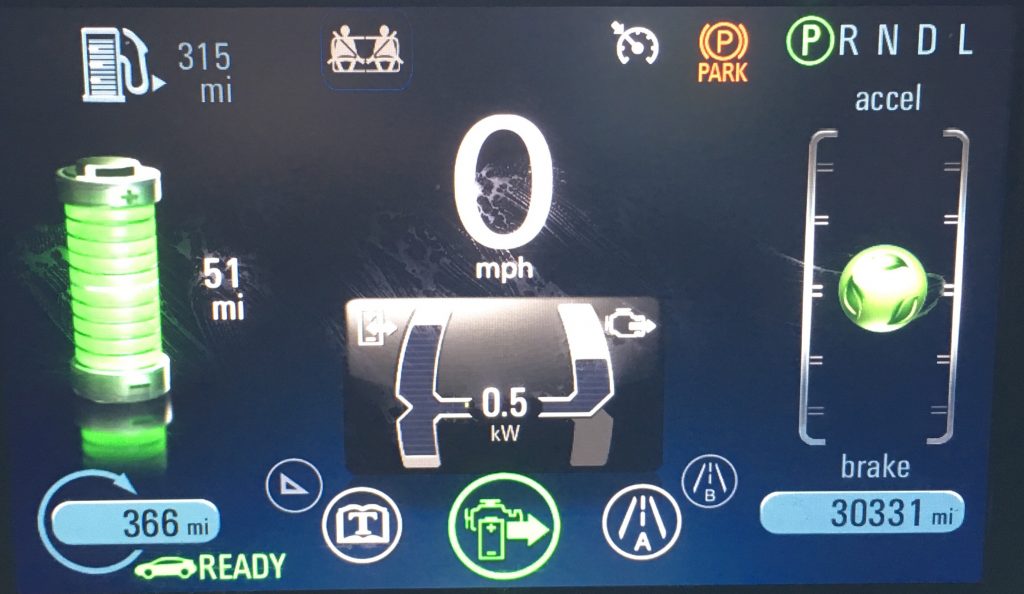 Electric range is always somewhat seasonal (worse in winter, better in summer), and this summer I’m now seeing 50+ miles reported as the range after a full charge which is effectively 2 days of typical weekday use. No evidence of battery degradation there.

It’s been pretty reliable over the 4 years. It’s been attended to once by the AA when the vehicle wouldn’t start enough to drive but was locked in a sort of limbo between on and off. AA diagnosed a steering lock issue which they managed to reset making the vehicle driveable, but Vauxhall recommended replacement of the steering lock. The sound it now makes suggests that an older solenoid-based steering lock has been replaced by a motor-driven one which makes a distinct buzz rather than a click.

I bought the Ampera principally for local use, cross-shopping against full battery electric vehicles (BEV), correctly anticipating that the Ampera had enough electric range for my daily use at a price considerably cheaper than the full BEVs. However we increasingly use it for longer journeys as it’s big enough for our holiday luggage (2 adults plus 1 child) and, even when the battery is exhausted, is our most economical car.

Although now an older design, I’m not conscious of a more capable PHEV (apart from the BMW i3 Rex) so little incentive to upgrade.

However the alloy wheels are now peeling quite badly, so I’m likely to get those refurbished soon.

1 thought on “4 years with the Ampera”