In the last few days I’ve been assisting a reader of this blog who also has an ImmerSUN immersion heater controller plus PowerVault storage battery combination.  Like me, he had the immerSUN first and later added a PowerVault, but had immediately disabled the ImmerSUN to get the PowerVault to work.  Left to their own devices, the ImmerSUN will normally take the surplus power first before the PowerVault has chance to respond since it has a more dynamic control system, however economically it makes more sense to prioritise the PowerVault.

I previously posted on this topic in Prioritising smart loads for self-consumption but wanted to provide more clarity on the orientation of the clamps. 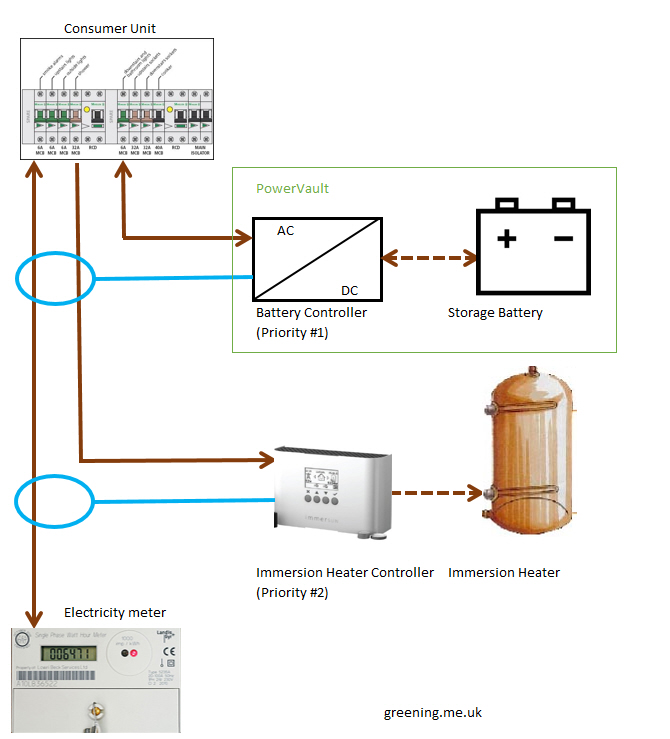 Both ImmerSUN and PowerVault rely on current clamps to get their control signal. Such clamps fit around an electrical cable and measure the flow of electricity through that cable.  Normally clamps for both these devices alone would be around the live in the incoming mains cable, but do that with both and the ImmerSUN will always take the available power first which is undesireable.