Yesterday I produced a graph of the number of units of electricity that I’d bought or imported each month since we changed to Economy 7 metering back in October 2015 – a change that I made to reduce the costs of charging my electric car.  I rather surprised myself. 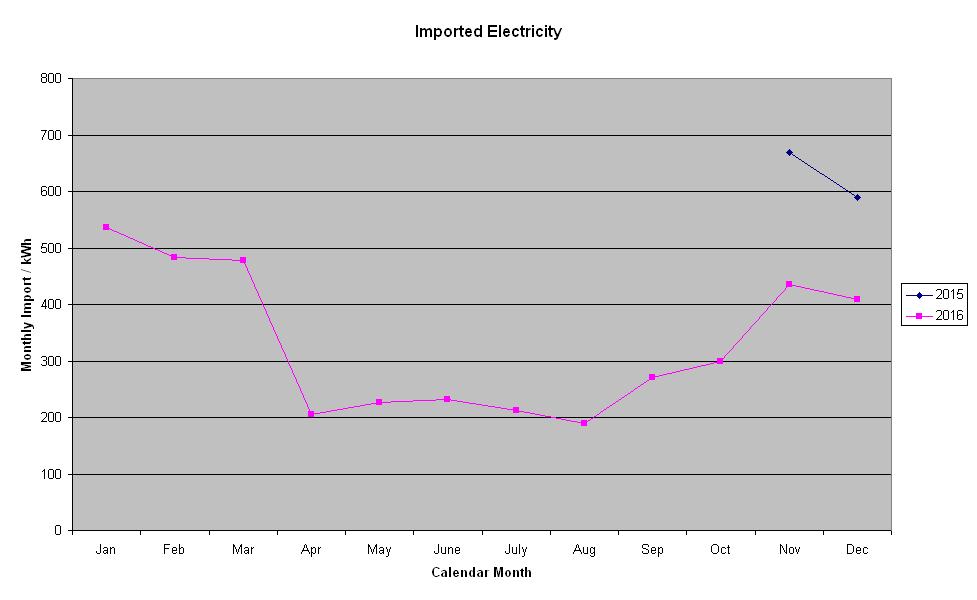 Key features that caught my attention were:

That seems to be a compelling case for a significant reduction in import having taken place. Such a reduction could be combination of 2 sorts of things, firstly fundamental reductions in electricity use such as through having a more energy-efficient appliance, or secondly shifting use from paid-for electricity to free solar electricity (albeit that the months in question are winter months where less solar is available).

Potential contributors to this effect are as follows:

It will be interesting to see how this develops through 2017.