Today as expected was well above average for December with 8.2 kWh generated so it was a good opportunity to confirm correct prioritisation of battery charging and water heating. 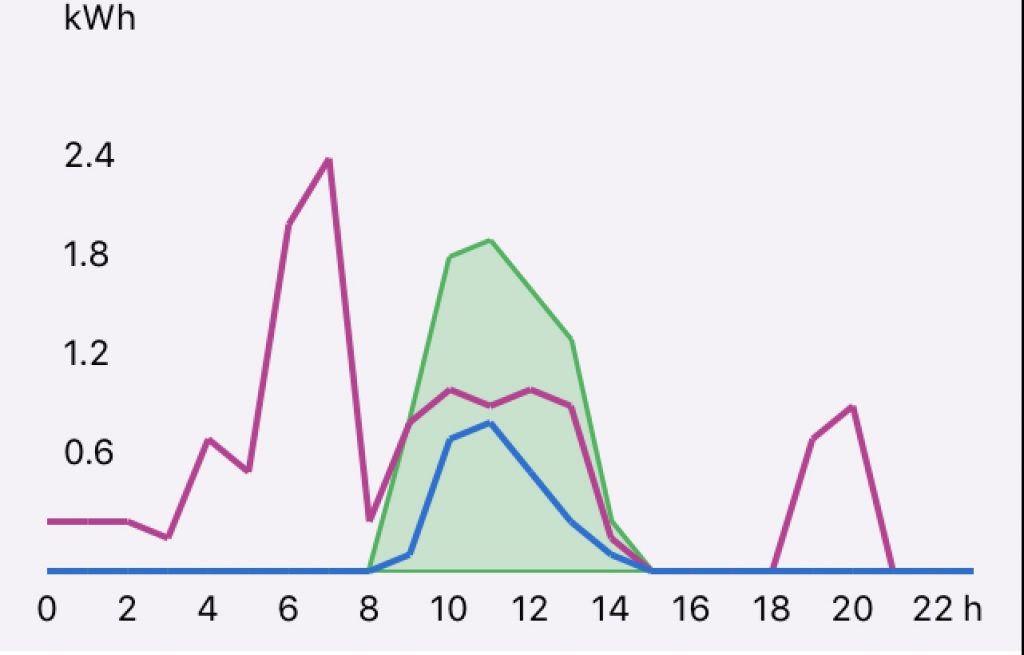 The graph above from the immerSUN clearly shows the green area of electricity being generated from the solar panels, the purple line of the ‘house’ electrical load (including battery charging) rising first (i.e. the priority load) within the green area, and then the blue line representing the water heating rising second. The purple line being at about 1kW is consistent with 200 Watts of house load with the 800 VAp battery charger on top.

Water heating starts to reduce first with battery charging around 14:00. Shortly after 14:00 the house switches to running from an increasing amount of stored energy which lasts until shortly before 20:00.

From the battery’s perspective you can see ‘device power in’ i.e. battery charging rising first, followed by ‘grid power out’ which is actually power available to the immerSUN and should correspond with the immerSUN’s blue line. As the sun goes down power diversion for water heating is reduced first, following by power for battery charging; until finally from about 14:30 the battery switches from charging to depletion ‘device power out’ running the house until shortly before 20:00 by which time it’s supplied around 3kWh.