Today (briefly!) I watched the battery storage and immerSUN operating alongside each other. As you may recall things are arranged such that the battery should charge first (at up to 800 VA) and then once the battery is drawing full power (in the absence of a car) the immerSUN makes hot water. 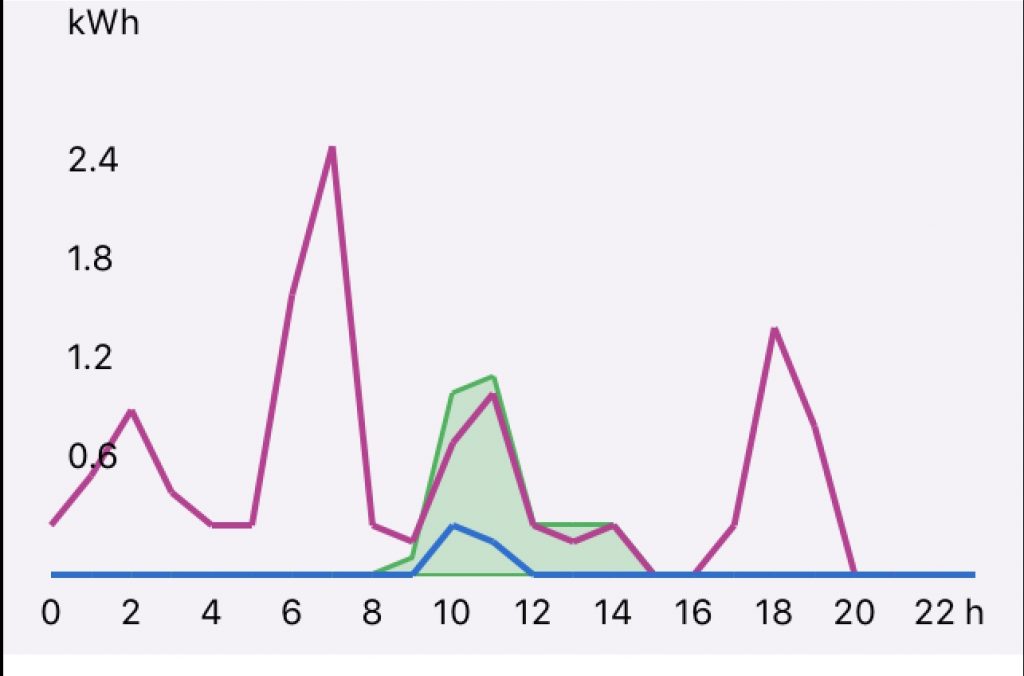 From the battery’s perspective between 10 and 12 it can be seeing hitting its maximum 800 VA, while a varying amount of excess power is seen to be exported. In reality this isn’t true export, its power available to the second priority device (the immerSUN) and corresponds to the immerSUN’s blue line for diversion.

Overall self-use was 96% although admittedly on a low base. Thursday should be interesting as that’s sunny all day on the forecast.