In combining both battery storage and water heating from surplus PV output I was keen to ensure that the two solutions worked together well. I consider that there are potentially two issues with such an arrangement:

I considered various relatively complex solutions and then thought of one of great simplicity which required no additional parts. 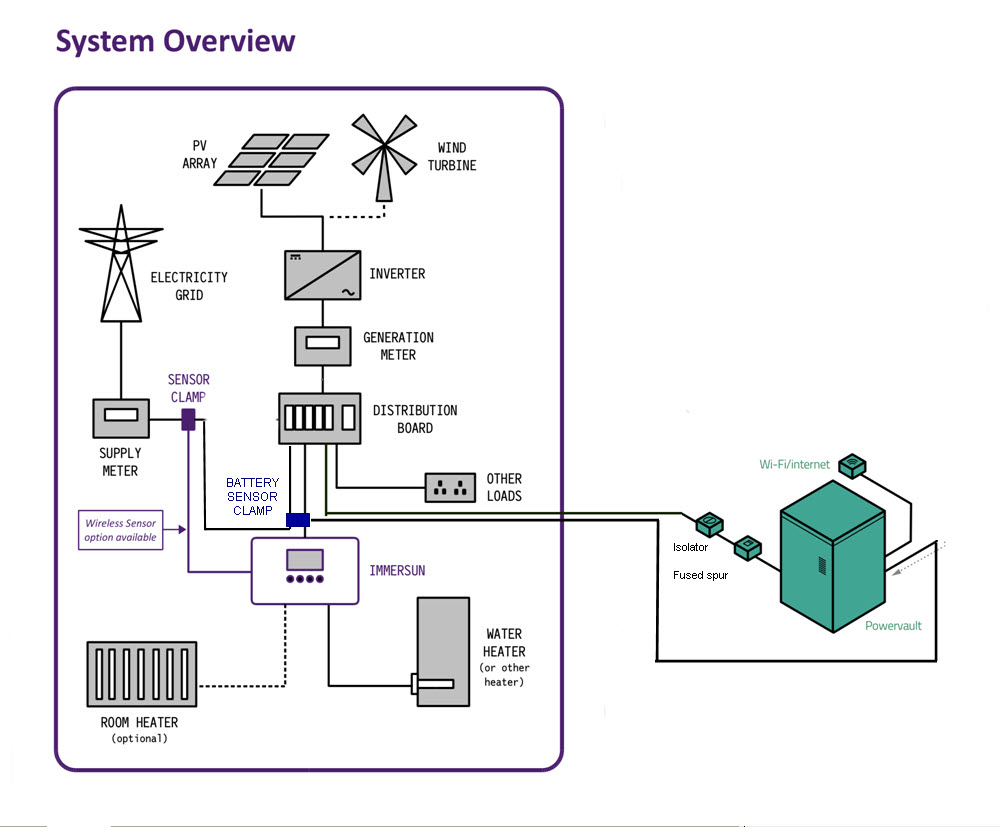 My solution is simply to install the current clamp for the high priority device around both the incoming power cable and the cable to the lower priority device. The nature of a current clamp is that the current it reports is the sum of all the cables that it encircles. Thus, by placing the battery clamp around both the incoming supply and immersion heater feed, it doesn’t matter how much of the potential export has been diverted to the immerSUN, the battery clamp still sees what would have been exported were the immerSUN not active and gradually takes that power. The immerSUN in turn sees the reducing export / increasing import on the meter tail and backs off to restore the balance.

My installer had previously combined immerSUN and battery without such an arrangement and advised that the slow response of the battery compared to the immerSUN remained stable, but as the immerSUN responded most quickly it was prioritised. 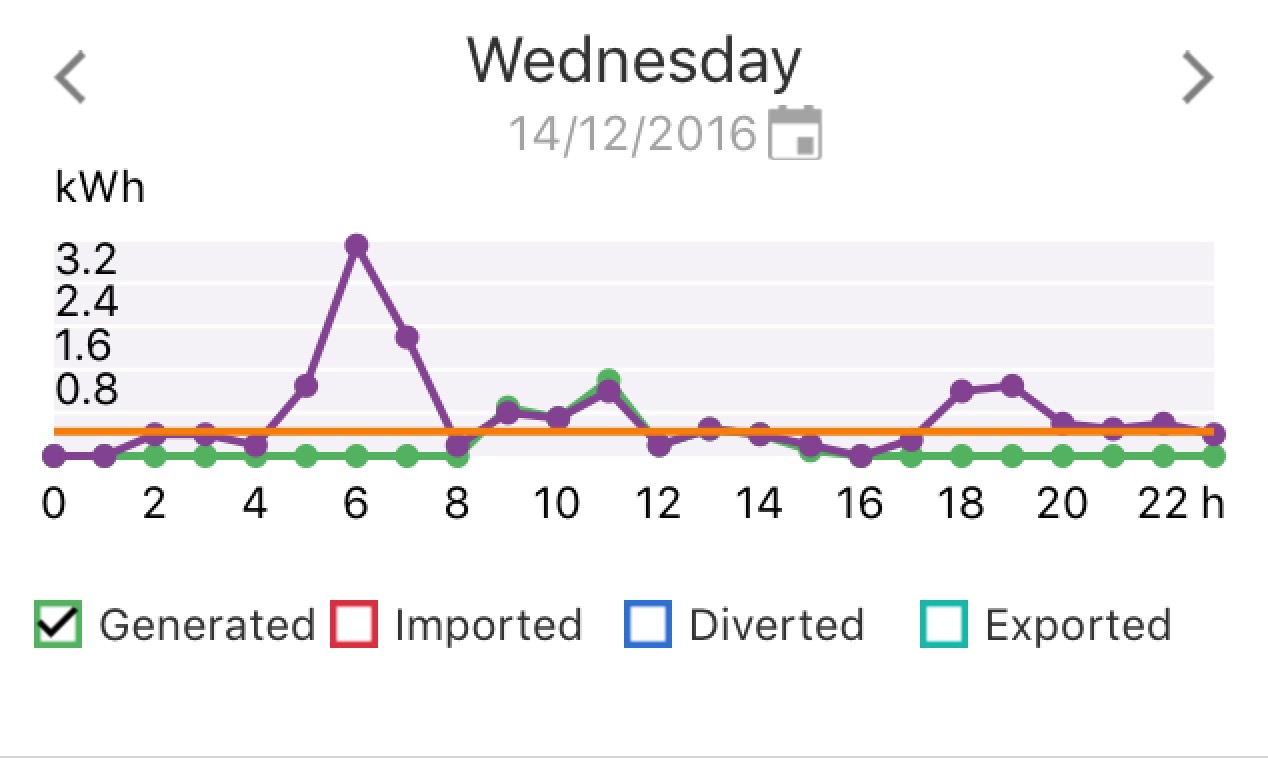 However the above graph from the immerSUN shows my battery successfully tracking the PV output, so my arrangement is working successfully.

In my installation the battery current clamp is actually inside the consumer unit to minimise the additional wiring to allow the clamp to encircle both the incoming mains and the immersion heater feed.